Negativity is throttling public interest in the election 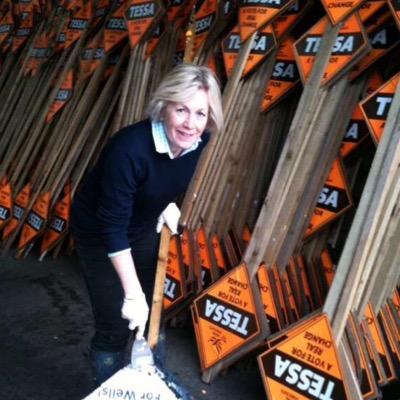 I’ve spent the last weekend partly in the constituency of Wells, to help in the Lib Dem bid to get Tessa Munt re-elected. I was hardly a long visit but I feel I’ve learned something important about this election.

There has been some comment about how tame the national election has been – how few people put posters in their windows these days, and so on.

But go to Wells, and you find yourself in one of the epicentres of the campaign – and you can see what happens when Conservative money clashes with Liberal energy. Practically every street and ever hedge is covered with posters, blue or orange. My children counted them through the constituency, and there seems to be a practical dead heat.

There is all to play for, and if Tessa isn’t re-elected, it won't be the fault of her supporters (and I very much hope she is, because she’s a brilliant MP).

But what really astonished me was that the Conservatives have used their superior funds to buy up the most recent edition of the local paper. They bought the right hand block below the masthead, and down the right hand side of the front page (which had no indication that this was an advertisement). They bought the next two full pages too. I don’t know what this actually cost, but the whisper is that it cost £9,000.

Over again through this extensive advertisement, David Cameron’s face was juxtaposed with a little group of faces – Miliband’s, Sturgeon’s and Salmond’s – with many descriptions of the chaos if one or all of them find their way into the government of the UK.

I don’t know what effect this will have, though I suspect that this kind of electoral advertisement goes in one eye and out the other – it is deeply dull. But, as I delivered copies of a letter from Tessa, written in a personal way and wholly positive, I found myself wondering again how politicians can so misjudge their literature.

Rather as politicians misjudge their language (even the Lib Dems have been using 1940s slogans like 'Opportunity for All' which I don't believe anyone hears any morre).

So much of local literature is also filled with a rather pompous, offended, uncertain amour propre. Some of it is downright offensive. So little of it has any kind of positivity and generosity of spirit, let alone vision.

But equally, this kind of political advertisement, this incessant, brutal negativity, does explain to some extent why the polls seem not to have moved at all.

How can you be visionary against this kind of negative campaigning. And of course, all political parties are tempted down the negative path to a greater or lesser extent. It explains the reticence, the carefully constructed verbal formulae, the evasiveness, the constant mild dishonesty.

But really, nobody spreads negativity like the national Conservative Party machinery, armed and guarded by the Conservative Press.

It was at this point in the campaign last time that my step-brother, who was at the same college as Nick Clegg at the same time, but didn;t know him, was called up by tabloid journalists desperately seeking ammunition against Cleggmania (ah, those were the days!).

Really, if you wonder why politicians are so evasive, these are the places I would heap most of the blame (but not all): the Conservative Party national machine and the tabloid press. Oh yes, and Jeremy Paxman.