Come and talk about circular economics 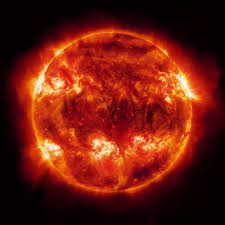 Perhaps the first management consultant was James Oscar McKinsey, a US army logistics officer who became a professor of accounting at Chicago University after the First World War. A lone and exhausting copy of his text book on accountancy is still available in the British Library.

McKinsey thought that rigorous measurement could help companies find new strategies. But he had great charisma and huge confidence, and he took the risk of launching himself on his own to apply his ideas to other companies. He set up McKinsey and Co in Chicago in 1926, coming a cropper in his contract with a Chicago department store, and expiring shortly afterwards.

It was one of those thrilling periods of economic expansion and accountancy was busily transforming itself from an art into a science. The very first accountant in America, James Anyon, gave a valedictory speech in 1912 urging his successors to “use figures as little as you can”. “Remember your client doesn’t like or want them,” he said, “he wants brains.”

But Mac, as he was called, didn’t see it that way. It has never been clear quite who coined the McKinsey slogan ‘everything can be measured and what can be measured can be managed’, but that was certainly what McKinsey believed.

The huge global influence of the company that he founded, after more than 80 years, is now clearly apparent – not just in most of the biggest companies in the world – but many of the most powerful governments too

The impact of that slogan is also everywhere, and that goes some way to explaining why we are still chopping up aspects of work into measurable chunks and exercising increasing control over the people who put them into effect. It explains a little about why, despite all the vast investment in IT, human capacity seems to have become so seriously constrained.

Because the McKinsey slogan is a fallacy: everything can’t be measured. In fact, the more important it is – love, education, wisdom, imagination – the less it can be measured, and the more disastrous the attempt to do so tends to be.

To the extent that McKinsey follows the dictates of its own fallacy, it is responsible for so much that doesn’t work in the world we live in.  More on this in my book The Human Element.

So I was pretty staggered to find this relatively enlightened article on their e-newsletter, setting out the principles of a circular economy, where waste is used as the raw materials for the economy.  It is the best hope for economic activity that doesn't damage the climate.

This is the very kind of intellectual breakthrough that the McKinsey fallacy discourages in organisations.  It's important.

I remember when I first heard the idea, from a Dutch geographer called Tjeerd Deelstra in about 1987.  It seemed to me then, and seems now, absolutely fundamental to the future.  It may also provide the missing resources that impoverished areas need to claw themselves out of dependency.

It also has another implication: a shift from using raw materials to using technology.  We are already shifting in this way over energy: gas and nuclear fuels (getting more expensive) to solar technology (getting cheaper).

This is all a rather complex way of saying that I'm discussing the circular economy tomorrow, together with my New Weather colleague Andrew Simms at the Hay Festival and it would be very good to see you there and hammer this out a little further.  It's called 'Cloudy with a chance of compost' and it is at 4pm (21 May).

I'm doing a follow up meeting on 29 May at 11.30am (Stormy with a sunny local banking outlook) with Andrew and Caroline Lucas.

And while we're about it, if you happen to be in York the following day, at 4pm on 30 May, you can see part of my musical (with Naomi Lane, Danube Blues) at the New Musicals Festival.  More on that later.

Sounds really interesting - do give us some advance warning if you're doing something similar in London!

I certainly will! Especially now since you;re such an accomplished artist!