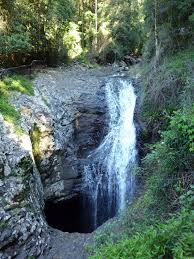 Well, it is true that I'm a little disappointed that - despite three Lib Dem MPs signing a motion that would have imposed a moratorium on fracking until we know more about its effects on drinking water - only 52 MPs voted for it.

But despite this failure, the reforms that were cobbled together do change pretty much everything.  But I don't believe there will now be widespread fracking in this country.

The local opposition will be too strong, and people's demand for pure drinking water - not least for their children - is too powerful.  We don't have the wide open spaces that they have in the USA which allows risks to be taken with this.

But I expect the government will push on with the idea regardless, as it slowly becomes unviable - because that's what UK governments seem to do.

In fact, my frustration with the way these things get decided leads me to draw together three different topics and to name them as the Three Greatest Bottomless Money Pits of our time.  And all of them because our system of government seems unable to think ahead:

Bottomless Money Pit #3: Housing Benefit, and as much as £12.9 billion of it is now paid to people in work, subsidising higher property costs and subsidising businesses which are not paying wages to employees that can keep them and their families with a roof.  We do need sometimes to subsidise housing, but - unless we tackle the long 30-year boom in house prices, and unless we insist on a living wage - then soon even the middle classes will have housing subsidised by the state, which isn't affordable.

Bottomless Money Pit #2: Agency nurses, now costing £5.5 billion, mainly on foreign nursing staff to plug the gaps, as the NHS happily veers from training too many to training too few nurses, without any stable planning.  And then Labour imagines it can suddenly snap its fingers and appoint 20,000 new nurses - and apparently to do so without dragging in the trained professionals from all over the developing world.

Bottomless Money Pit #1: Nuclear energy: the deal with EDF to build Hinkley Point will be paid for by an agreement that they can charge double the cost of power now for 35 years - bills we will saddle on the next generation.  And that is before we factor in the soaring security costs and the costs of nuclear decontamination, and for storing high level waste for the next five centuries.

I ask myself why these kinds of decisions can be taken.  One answer is the way we divide issues up in Whitehall, so that the downsides of short-term decisions always fall elsewhere in the government system.  Another reason, perhaps, is the learned powerlessness that is part-and-parcel of extreme centralisation.  Nobody in the system has the room for manoeuvre to say - no, it's time we approached this issue differently.

Sadly, there are a whole lot more issues which have the same effect, saddling the next parliament, the next government, or the next generation of taxpayers with ever higher costs - because there is no appetite for re-thinking the current compromises.

The rule of thumb is that when you tell yourself lies, it tends to end up expensive.  But knowing that doesn't solve the problem.

How might we get such a re-think?  I think we need to return to this question, but it seems to me to involve more, not less, democracy.
Posted by David Boyle at 13:37

Agency nurses cost the NHS an absolute fortune. The reason seems to be the complete inability of the NHS to negotiate a reasonable rate.

How a monopoly employer ends up paying £100 an hour to agencies for a nurse is impossible to fathom.

Of course the NHS has abused the loyalty of all its' staff for years. The rise of the professional managers and the rewards they get has made nurses realise they can earn far more working via agencies. And why shouldn't they?

Housing is an area ignored by Governments for far too long and is going to be a nightmare to get on top of.