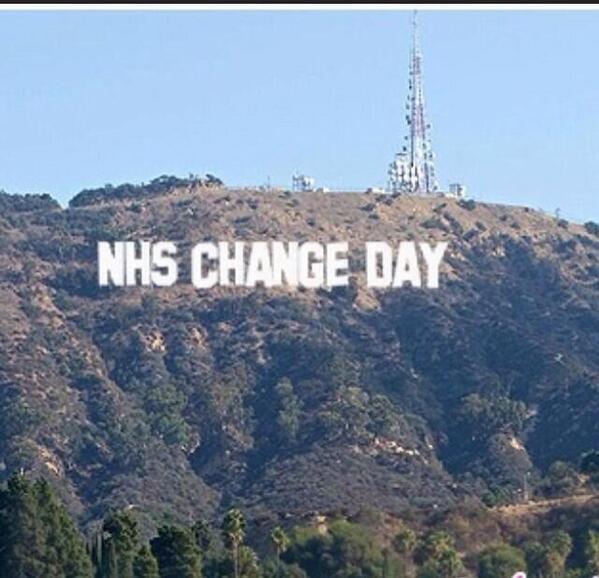 It is more than two decades since Al Gore’s National Performance Review during the Clinton years.  It emerged after the scandal of wasteful Pentagon spending, because the cost of simple items ballooned when they went through armed forces bureaucracy - a serious lesson about centralised procurement.

The $7,622 coffee percolator bought by the air force was the most spectacular, but the one that really caught the public imagination was the $436 hammer bought for the navy, or – as the Pentagon called it – a ‘uni-directional impact generator’.

One of the first schemes the Review launched was an annual Hammer Award for public sector employees who had made huge efforts to work more effectively.

That was the point. The Review set out a series of principles for saving money by scrapping rules and bureaucracy and giving power back to staff. Then they urged them to get on with it and told stories about their progress.

Regular newsletters were packed with suggestions. Abandon sign-in sheets and clocking-in machines. Buy equipment locally if you think you can get a good price. Waive the need for travel expense receipts for sums under $75.

One of their key stories was about the Occupational Safety and Health Administration (OSHA) office in Maine, the equivalent of the UK’s Health and Safety Executive. It consistently came top of the league for how much they were doing, for the most citations and fines, yet the workplace safety in the state was still the worst anywhere.

When they realised this, the Maine office created a small revolution. They tackled the most difficult factories first, and created employee teams there to solve the problems. If the companies agreed to support them, they would suspend their inspections and punishments.

The result was that the accident injury rate went down by two thirds. It wouldn’t have been possible without inspiring staff to seek out new ways of doing things – and without a big idea that pointed them in the right direction.  More on the NPR in my book The Human Element.

Reform of public services in the UK has gone mainly in the opposite direction.  It has involved less responsibility for frontline staff, less flexibility, less local imagination.  We have had nothing like Gore's NPR, except perhaps NHS Change Day, which is - fanfare - today!

It is a brilliant example of how you can humanise a service by starting with the human energy below.  The influential NHS blogger Roy Lilley has written a hymn of praise.  I agree with him that this kind of thing won't change the realities of budgets, but absolutely agree that:

"It's a mechanism and a route whereby the frontline staff all over the country get THEIR chance and THEIR voice to give THEIR idea for how to make a difference and for that chance and voice to be equally heard, equally respected and given space to be implemented by their managers and leaders..."

Quite right.  But I'm not sure it is irrelevant to budgets either.  It is the inflexibilities in the system that ultimately waste money, and days like this which can begin to iron them out with the power and energy of people on the frontline.


Subscribe to this blog on email; send me a message with the word subscribe to dcboyle@gmail.com. When you want to stop, you can email me the word unsubscribe.