Why I don't think Farage won 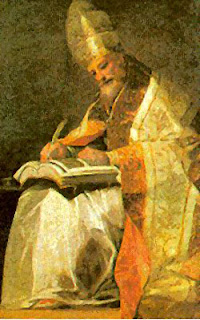 The history of England over the past thousand years can be divided neatly in two, it seems to me.  For the first five centuries, there was a lurking sense that we were being pushed around by the bureaucrats in Rome.

For most of the next five centuries, England was pretty much alone, living by her wits - sometimes winning, sometimes not, always haunted by the ghost of continental authority.

Then the place of Rome in the national psyche was neatly swapped with Brussels.

And there we are today: UKIP is a form of extreme protestantism, in revolt against the authority of the Pope and his successors.  You can't vanquish that kind of thing in debate.

This is a way of saying that Nigel Farage's brand of nationalism has a long tradition.  It isn't really a Little Englander mentality - it is far more gradiose than that - but it certainly isn't new.

Scratch most of us English types and, somewhere inside, there is an irritable Saxon, raging on about foreign busy-bodies.

So when Nick Clegg challenged Farage last night, it seemed to me to be not just a courageous political risk, but one that he was never likely to actually win.  Sure enough, the polls showed the two debaters scoring in line with most polls about whether Britain should leave the EU.  In that respect, 36 per cent is a result.

On the other hand, I gather that those watching it on TV felt - rather like Kennedy and Nixon in 1960 - that Clegg won after all, mainly I believe because of the changing colour of Farage's face.

I listened to the debate - which was never less than compelling - from the point of view of someone who is certainly not an enthusiastic Europhile.  It seemed to me that Clegg won the exchange on crime but didn't quite overcome his opponent on the key message: jobs.

I've been wondering why.  Perhaps it is because politicians always talk about jobs, so much so that it grates - as any appeal to self-interest tends to grate against appeals to principle, which is what UKIP claims to be.

Perhaps also because of the constant repeat of the second person plural - 'your jobs' - which can feel direct, but can also sound patronising (that was the traditional critique of the 1939 war poster about 'your fortitude' bringing 'us victory').

But the main problem with Farage's message is that all these bilateral trade negotiations he wants, instead of the EU ones, will bring about exactly the same range of bureaucratic hocus-pocus that we have from the EU.

Because the great irony of the European debate, in the UK, is that what irritates the English most - the pettyfogging regulations deriving from the Single Market and opening EU membership to Eastern Europe - were both initiatives of successive British governments.  The most infuriating elements of EU membership for UKIP were both UK inventions.

National self-determination in a world of global trade, and global regulation, is a peculiar, amorphous business.  It is very far from being cut-and-dried.  It can be uncomfortable.  That is the heart of the UKIP revolt, and it's at that level that their appeal makes no sense.

There is no such thing as independence these days, and certainly not if you have to go cap in hand to the Chinese - as everybody seems to do these days.

Worse, UKIP's failure to recognise this element of the modern world may plunge us into a more powerless relationship with the USA, where we have no democratic room for manoeuvre at all.

For all the failures of the EU, which are legion, we do at least have constitutional means of getting our own way.  The alternative is a world where trade deals are settled between the technocratic elite with no veto or right of appeal.

Subscribe to this blog on email; send me a message with the word blog subscribe to dcboyle@gmail.com. When you want to stop, you can email me the word unsubscribe.

"Sure enough, the polls showed the two debaters scoring in line with most polls about whether Britain should leave the EU."

Sorry, but that's simply not true. The YouGov poll had Farage winning by 56-37. The most recent YouGov poll on whether to leave the EU was 43-37. The margin by which Farage was seen to have won the debate was far larger than the margin favouring leaving the EU.


From an irritable Saxon:

I ordered a new indoor smoke alarm only to find that it has a flashing light on all the time.

Do they want to drive us all mad?

I sent back the alarm and hope John Lewis can do better.

Why do I think this has to be a ridiculous EU regulation?