Why is everyone so sick these days? 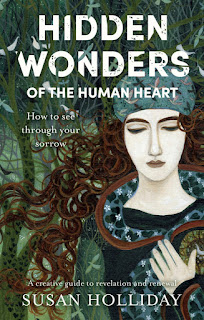 This post first appeared on the Radix UK blog

Why are we so sick these days? I mean, really?

It wasn’t suppose to be like this – thanks to Beveridge, we had assumed that when you start treating people for free then it should cost less, year on year to keep people healthy. But it hasn’t worked out like that anywhere.

Of course, there are conventional reasons why health is so expensive - from changing diseases to the survival of more premature babies. But I don't think any of those are really adequate explanations.

There seems to be something about the way we live has made health as expensive as it has become. Because it is also the service of last resort, where all our problems come home to roost – including issues that the NHS was never designed to deal with. It hardly matters what it is – if it affects people adversely, then in the end it adds to the weight on the NHS.

So why? The first answer is that this to have something to do with the rise of mental ill-health. The WHO says that up to 300m around the world living with depression – which  is pretty amazing, given that depression has only really been known as a problem since 1980.

I have been reading and absolutely fabulous book (full disclosure: the author, Susan Holliday, is a friend of mine), called Hidden Wonders of the Human Heart).

Back in 1975, the great psychologist James Hillman warned that “in psychiatry, words have become schizophrenic, themselves a cause and source of mental disease”.

I understand her quotation from a patient along these lines, when she describes “the frustration of trying to put something into a box that is slightly too small.”

I understand this also as a parallel to the related problem of Tickbox, where we are equally trying to break out of the stultifying definitions. The “words we use today to articulate our emotions arrive preconfigured,” writes Susan Holliday. "[They] become desiccated and opaque, like cataracts.”

Sue is describing the antidote to this problem, how to really see to “the ecology of the human heart”. I thoroughly recommend her book.

But of course there may be other reasons for the rise of chronic ill-health.

There are waves of online lectures crossing the Atlantic these days about various generalised interpretations of the huge numbers of people who are suffering from ill-defined combinations of anything from digestion to neurological issues, whether they have something to do with the gut-mind link or auto-immunity (see for example, Dr Peter Kan).

The danger is that we may no longer be allowed to question some of the central tickboxes of NHS delivery, on the grounds that our tramlines are “based on the science” and only those who are steeped in the existing ways are qualified to question them. Or on the grounds that the research has been done – without understanding that some theories will never get funded for testing.

That is why we still have to be vigilant about some of those technologies that our masters most approve of – like 5G or the next generation of nuclear energy. In case their failure to see outside their own definitions and boxes blinds us all to why we are no longer healthy.