Watch out when the Conservative Party splits... 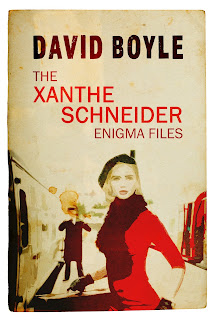 You can’t help noticing, looking back at the past century or so of UK political history, that a split in the Conservative Party can be extremely damaging to those who are entirely innocent of it.

Like now. Or like the period before the First World War, when the Conservatives were outrageously encouraging mutinies in Ulster against Liberal government plans for Irish home rule.

It is worth remembering who originally stoked the fires of the troubles that so beset Northern Ireland from 1969 onwards.

But there is a period of our recent history when conservatism was so fatally divided that we no longer talk about it - because the peril in which the nation was plunged in 1940 cut it short and obscured the divisions.

Yet there is no doubt that members of the UK establishment were determined in 1940 to make peace with Hitler – a prospect that was undermined when the BBC European Service took it upon itself to reject his final peace offer without reference to higher authority. They would have undoubtedly done so if it had not been for Winston Churchill snd his junior ministers.

I tell the peace offer story in my new book The Xanthe Schneider Enigma Files (published by Endeavour Quill), because – at the heart of the tale is the relationship between Xanthe, a young American crossword puzzle champion turned foreign correspondent and a former British minister who has defected to Berlin. British naval intelligence take the opportunity of asking her to keep an eye on him.

It is in short, a story about cryptography and American press people in Berlin in 1940, Athens and then Berne in 1941. It’s a good read, especially because three of the characters are Alan Turing, Ian Fleming and Ludwig Wittgenstein...

Why don't we remember these divisions, which are rather unfairly focused on Lord Halifax in the recent film? Because of the bizarre forgetfulness in which the UK establishment wraps itself afterwards, when they close ranks and celebrate the new mythology.

Which is another way of saying – beware what Conservatives will do when they get desperate.

You can read more about Xanthe Schneider here.

We value your privacy and your personal details will not be shared with third parties. You can find more information in our Privacy Notice (www.therealpress.co.uk/privacy/).