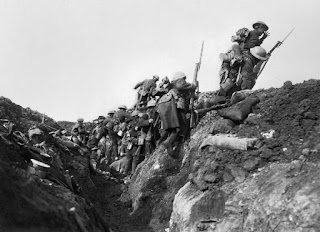 Have you noticed that 'Brexit' is becoming an excuse for every kind of incomp- etence and ineffic- iency? A sort of twenty-first century 'don't you know there's a war on?' I'm expecting Southern to start making announcements blaming Brexit for their continued failures. I mean, what else have they got to blame?

But then, suddenly, they do have something else to blame. In fact, I am chewing my delay repayments with frustration.

The mysterious but hopeless GTR, part of the absentee landlord system of rail franchising (I refer to the Go Ahead Group), seemed finally to be accepting reality.

They have finally understood that they need to win back their staff, after enjoying the kind of relationship with them that Pavlov’s dogs had with Pavlov when they really got fed up with him. Senior managers have not just been meeting passengers and getting an earful from them on Victoria Station. But they have been very experimentally meeting their staff too – a meet the managers event went ahead last week at their Eastbourne depot.

What’s more they have been discussing with the Department for Transport, to whom we are merely the playthings of the gods, about whether they can offer a proper payout as an apology to inconvenienced passengers and season ticket holders – and not before time.

My strong impression, having been at the meet the managers event in Victoria, was that they had little more idea why the cancellations had been happening than anyone else (it's about inflexibilities in the overtime business, an recent redundancies, despite a huge staff shortage, but basically middle managers have given up). The past week has seen suicides, electrical fires and train breakdowns, just to keep the cancellation statistics up. Nobody apart from the Department, and a few local MPs, believe that this has anything to do with industrial action.

In short, they had no leg left to stand on. They are committed, as most of the rail operating companies are, to the policy of what McKinsey called “sweating their assets”. This is now endemic in public services, a direct result of shifting costs to each other by meeting target numbers (but nothing else), and it represents a looming disaster.

Then what happens? The RMT decides to strike for five days in protest.

In one fell swoop, GTR and the politicians have someone to blame again. Someone they can pass the buck to. In one fell swoop, all those people who have been prevented from getting home in time to see families will find themselves victims again.

I don’t blame the guards, who have been on the front line of the current disaster, helping furious people day after day with superhuman patience and courage and humour.

I do blame the RMT for their boneheaded failure to campaign¸ for their violent imagery (nobody needs this stuff about managers “kicking them in the face”), for their failure to understand that the world has moved beyond 1917 and the imagery of mass protest and the industrial proletariat on the march.

I particularly blame them for their failure to see that, because of the way the GTR contract is structured, the company can only benefit financially from a strike. GTR is geared up for a strike; they have been planning for one. The only people who suffer are the passengers and frontline staff again.

It was their ridiculous fear of the RMT which led GTR managers to batter their staff (now I’m doing it!). It was their reasonable hurt at this which drove GTR staff into the arms of the union (most of those I’ve met actually vote Conservative).

But I admit the flaw in my frustration.

How are the guards to make their views felt? How are the passengers to claw back any kind of democratic control over how their taxes are spent? Or, don’t tell me, they have to evict the whole government to sort GTR and Go Ahead, as if that was any kind of democracy? Because if striking is the only legal option, then it is hardly surprising that they strike – even if it is like advancing across No Man’s Land.

Those are the unanswered questions which lie behind this whole business. It is what happens when contracts lose their human scale, when everything is hammered out quietly between the well-paid gods of Whitehall and the staggeringly well-paid gods at Go Ahead.

It is what happens when privatisation becomes state control again, with even less contact or concern for customers than ever.

No, incidentally, I don’t think the ultimate solution is to re-nationalise – the issue is scale and transparency not ownership. But who is listening? Or are we going to have to stay the playthings of the gods until the general election?

I don't think the guards have much appetite for striking. They know they won't get rich that way (they know they are turning down an improved pay offer by doing so). But there is a solution possible - to agree to an independent review of driver-only.

Why? Because of serious recent incidents when drivers couldn't hear screams for help. Because the new trains can be used either way. Because the combination of driver-only and removing platform staff almost certainly breaches the Equality Act, because it means disabled people can't use the trains.

The Railnews columnist Alan Marshall will call for an independent review like this on Wednesday. I hope the company are listening and they will not put their staff through another strike after their extraordinary loyalty in recent months, in the most difficult conditions.

I hope they can behave like human beings and stop this looming tragedy for everyone. Agree to a review. Soon.

See my book Cancelled! on the Southern Railways disaster, now on sale for £1.99 (10p goes to Railway Benefit Fund). One of my correspondents suggests that we all buy the paperback version (£4.75) and leave copies on the trains...
Subscribe to this blog on email; send me a message with the word blogsubscribe to dcboyle@gmail.com. When you want to stop, you can email me the word unsubscribe

Could I commend the following article published by London Reconnections
http://www.londonreconnections.com/2016/railway-roulette/