Getting to grips with the mystery of Southern Railways 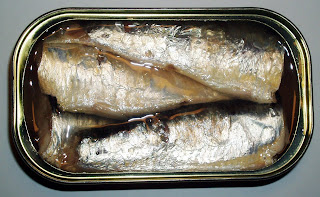 I have to admit that I've been a little blown away. I've been blogging for some years now and, even when I was doing it every day, I never had a response anything like the last post I wrote about Southern Railways and privatisation.

It reached a peak last night of 3,000 people reading it in an hour - that's over 30,000 now since Friday. This is gratifying but also, if I'm honest, a little frightening.

What I've done is to write an open letter to the chief executive of Southern's operating company, GTR. You can read it on the blog of the New Weather Institute.

The second thing to say is that I've had the most extraordinary set of replies, including many from Southern staff. Here are parts of three of them and you will see what I mean when I talk about 'mystery':

This is from a crew member: “Trains are being cancelled at an alarming rate despite train crew (driver and guard) being in place and booked to work the trains. This is happening dozens of times per day! I know because it has happened to me: turn up ready and willing to work the train only to be told it has been cancelled due to no train crew.”

This one from a commuter: “The biggest evil of it all is that the so called ‘GTR’ is a ghost. We can neither see nor touch them. And this they know. The staff are being used as a blooded shield, intentionally bashed about time and time again.”

This from an employee: “Not forgetting of course the platform staff, trying to maintain a service where trains suddenly get cancelled with hundreds of extra people dumped on a platform, no staff to move the train so it’s blocking a platform, and the lack of ‘on the spot’ managers who can make decisions and the lack of information from Control, who don’t seem to know what is going on either because they have to try and work out what to do – all the while staff trying to answer customer queries about how to get to where they’re going and being shouted at by customers who are being fed the ‘sickness’ lie.”

Among the many issues that still confuse me are these two:

1.  If there is a staff shortage, why are Southern not recruiting. See their vacancies page. Or is there some kind of assumption that things will just get better with no action from them?

I have gone some way towards answering these questions and written a short book to do so. It is now published on Amazon as an ebook (£1.99 of which 10p for every copy goes to the Railway Benefits Fund). There will shortly also be a paperback...

Though much of the problem at Southern has been connected to the strikes over Driver Only Operation, there's been a rash of train crew unavailable on the Great Northern operation of GTR (which went to DOO back in the days of British Rail). At weekends especially the service north of Cambridge or down the Moorgate branch is flaky to say the least. I'm pretty sure I've heard similar mutterings about the third major component that should be connecting the whole thing together, Thameslink.

Private Eye isn't too far off. This is an anti-union government giving a private company running a public service cover to beat down on unions - especially the RMT- in order to try to drive down wages. Rail workers have profited handsomely from the fragmented privatised system - and frankly I'm happy someone's done well out of other than PLCs- and that just won't do. Not to mention the coming storms as increased automation is introduced - they want the unions weakened so that humans can have jobs taken by robots. Who don't strike. Yet.

The lack of vacancies despite "staff shortage" is because the system is designed to operate at a permanent shortage. To avoid having "spare" crew sitting around "just in case", GTR (like most TOCs) assume that a certain number will always volunteer to work their days off. This works well when the staff are happy. But when morale is low, the staff realise they have better things to do than subject themselves to this nonsense, so they stay home.

This is how "conductor sickness" became a thing. It's not actually any more sickness than usual, it's just that normally the sickness would be covered by other crew on overtime. If the staff decide to stop working overtime (as is their right- we have no contractual obligation to work our days off), and suddenly the root cause (sickness) is exposed. Normally, the company wouldn't be so open- instead preferring "a member of crew being unavailable" but they're in the midst of a PR war with the guards so they have begun calling it as they see it.

Put simply, GTR is a terrible place to work at the moment, so the staff (especially those whose jobs are under threat) don't want to be there a moment longer than contractually obliged.

Also, crews arrive to take out trains that are cancelled due to lack of crew usually because the inbound train was cancelled because the crew actually was unavailable.

For example, the train starts at Selhurst Depot and goes empty to Victoria for another driver and guard to take that train to East Grinstead and back. If there is no driver to take it out of the depot, then the train will remain at the depot and the later VIC-EGR-VIC journey will also be cancelled, leaving the crew on the platform.

I'm a member of train crew (which is why I have to be anonymous) and no great fan of GTR, but I do try to be fair in my criticism.

I just wrote a huge post to talk about our planned 48-hour commuter boycott on Aug 1st and 2nd, but may have just lost it all at the click of the 'publish' button. Just testing!

Hello David. What a wonderful blog! I am the creator of facebook.com/againstsouthernrail page and we are planning a 48-hour COMMUTER BOYCOTT from AUG 1ST (01.00) to AUG 3RD (01.00). As Aug 1st is a Mon, we urge passengers to not purchase their weekly/monthly travel cards. Within a week, posts regarding the boycott on this page have reached approx 2000 people. I have spoken about the issue on BBC Radio Sussex and am currently pushing for exposure by all local radio stations and newsrooms.
My main issue is that I feel the problems with Southern Rail are being wrongly represented by the media as a 'recent thing'. I have been writing emails to Southern, Govia, Network Rail, the Transport Minister and the mayor of London since 2008- when I had reached breaking point! This is in the form of a diary and photographs of platform monitors showing cancellation after cancellation-for 8 YEARS! With the occasional break for my own sanity! While the refurbishment of London Bridge and the current disputes add to the horror-I don't know of one person who doesn't agree that Southern have been tear-inducingly, hair-pullingly, teeth-grindingly bad for years and years.
So we are not playing 'British' anymore. We are taking action in the form of a boycott and a demonstration at 8am on Aug 1st at Victoria station. If we start campaigning by simply not using their service anymore, we are hitting them/Govia/the government where it hurts.
If you are interested in helping publicise the boycott or getting involved, we would appreciate your assistance. Thank you for taking the time to write this blog and helping to get word out there on behalf of many, many miserable passengers.