How services can prey on users 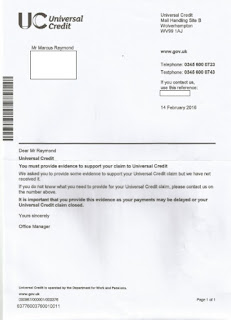 It so happened that my post about the 'failure demand' generated by the disastrous attempt to automate universal credit happened to coincide with a fascinating post at the New Statesman blog on the same subject - this time from a claimant at the sharp end (thank you, Brendan!).

It transpires that some corner of the Department for Work and Pensions appears to have been drumming up business for its expensive helpline (45p a minute on mobiles) by sending out letters - apparently at random - instructing people to phone up and provide more unspecified evidence.

The writer found that one call, immediately dismissed by the helpline, cost them over £7. By definition, callers don't have much spare cash.

What is so sad about this case, and outrageous, is that - if it is so - it isn't terribly surprising. It is an example of how targets linked to earnings transform public services from humane institutions dedicated to supporting the public, into narrow, corrosive machines that quite deliberately prey on their customers.

I'm not, at the moment - I'm glad to say - a customer of DWP. But I am of the NHS: I got a letter from my local health centre only on Friday saying that I had been chosen as someone at risk of diabetes, and could I therefore go in immediately for a blood test.

I'm not saying this is complete nonsense, only that I'm not overweight, don't drink alcohol and hardly eat anything sweet. Maybe there is some obscure reason why I may get diabetes shortly, but I suspect I'm the victim of failure demand driven by Goodhart's Law - the overwhelming shift of resources from providing useful services to meeting targets linked to cash payments.

So my health centre earns a little extra, and I have an extra visit there - I don't really mind. I'm middle class, so they don't charge me for turning up as they would if I called the DWP helpline.

It is a scary story - not just because of the corrosive shift in public services which began in the Blair years. It is also scary because of the huge waste of resources.

You NHS centre does not know you are middle class, shop at Waitrose, eat well, don’t abuse alcohol and eat little sugar.
You may in that age group that is a candidate for type 2 diabetes, visceral fat exist in seemingly thin people as does cholesterol. Do you exercise?