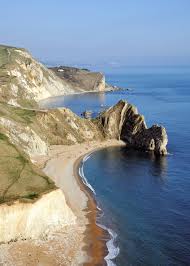 Something peculiar is happening to organisations at the moment.

On the one hand, they are becoming bigger, increasingly complex and decreasingly effective, juggling multiple objectives and tens – sometimes hundreds of target figures and KPIs.  On the other hand, there is a sense – which I think most of us will recognise – that we can’t go on like that.

In days gone by, the business of presiding over the environment, for example, fell to ministries, local authorities and a number of strange Whitehall quangos.  Directives came from on high. People jumped. Or didn’t jump.

They still do to a large extent, but conflicting interests stay unresolved - and often the job isn't done.  Those with enthusiasm were excluded, and they assume nobody needed them.

But look around you and you'll find new kinds of organisations - time banks, local area co-ordinators, friends of parks, coastal forums - and they are a glimpse of the future.

They are multi-stakeholder to use the jargon. Flat, non-hierarchical. Seeking out people’s energy and using it. The bottom line for me is that they are human.

I think this is how you recognise these new organisations:

1. They are generalist not specialist.

2. They are facilitators. They don’t tell people what to do – they start from what people around them want to achieve and help them do it.

That, at least, is what I said on Portland Bill last week at the celebration of 20 years of the Dorset Coast Forum.

And it turns out that the Dorset Coast Forum is a prime example of what I was talking about. It is a collaborative venture, owned by all the different organisations which deal with the coastline – from tourist ventures and fishing businesses to the RNLI.

They were proposed by the government as a 'forum of consensus' two decades ago, aware that they might not be able to resolve tensions between rival uses - but they could at least make sure they got a clear idea of the others' points of view.

Other projects have emerged since, involving people who want to be in the business of keeping the beaches clean - using the energy that's out there.  It is also hugely influential abroad - and it is being copied from the Dolomites to the South China Seas.

The conference was in an impressive place and I learned a huge amount, and have begun to alter my own opinions about the direction organisations are going in as a result.  It did set out some of these ideas in principle back in 2011 in The Human Element, but I realise now that it was actually happening already - and underneath my nose!