The strange re-appearance of John Ruskin 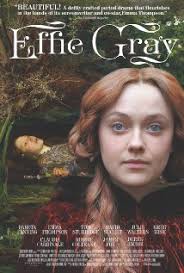 The famous Gold Rush in California in the 1850s was a bitterly disappointing and brutalising experience for many of those taking part. But for a few, it meant a fortune.

One of those, carrying his gold home with him on a ship that foundered in the Pacific, became the subject of a cautionary tale by the great Victorian critic John Ruskin a few years later.

He described how the passenger, who was carrying 200 pounds of gold with him, was loathe to abandon his hard-won wealth when the ship disappeared beneath the waves. He therefore strapped as much as he could to himself, and jumped over the side. Once in the sea, the gold dragged him down to the bottom.

“Now, as he was sinking,” asked Ruskin rhetorically, “had he [got] the gold, or had the gold [got] him?”

This neat story, written in the style of a morality tale told by preachers, could have been no more than a short homily about laying up treasure in heaven. But for Ruskin, it was an economic parable as much as a spiritual one.

He put it at the heart of his controversial 1860 essay series on economics in the Pall Mall Gazette, commissioned by the editor, novelist William Makepeace Thackeray. Ruskin launched this polemic with an attack on the people who were supposed to be experts – and in this case, the economists who believed that scarcity was the basic existence of humanity.

No, says Ruskin to Malthus and Ricardo:

The essays, and this distinction – between wealth and what he called ‘illth’ - caused such controversy that Ruskin was never invited to write about economics again. But when they were published as Unto This Last, it had the most enormous influence on the next two generations.

Gandhi read it from cover to cover on his journey to from London to South Africa and it inspired his political struggle. Schumacher was inspired by its principles to develop his concept of Buddhist economics.

That tradition – economics as if people mattered; economics that recognises that money can also be a hindrance, and that the economic system is creating poverty – is the basis of an emerging new, rather broader understanding of economics.  You can read more about it in my book The New Economics: A Bigger Picture.

Why am I talking about Ruskin now? Because the spirit of Ruskin hovers over us this autumn with the release of two Victorian films – Emma Thompson in Effie Gray (with Greg Wise as John Ruskin) and Timothy Spall in Mr Turner (with Joshua McGuire as John Ruskin).

Effie Gray, the name of Ruskin’s wife in his disastrous marriage, has been held up for some years by legal actions which have now been resolved. Turner was Ruskin’s hero, the man who was the star of his influential book Modern Painters, and the spirit of whom he arguably translated into economic terms in Unto This Last.

The story of Effie Gray’s affair and marriage to Millais brings no great credit to Ruskin, but it is no coincidence that both these films are emerging at the same time: Ruskin’s approach to economics was a blistering critique of the Victorian age, and its commitment to ugliness, and it is an equally blistering critique of our own age - also rather committed to ugliness, for anyone who can't afford otherwise.

I haven’t seen either film, though I’m going to. And I know they won't really be comfortable viewing for those of us who admire Ruskin.  But his spirit has a habit of re-emerging at times like our own, and these films seem to me to be some evidence of a return.

And that much, I'm glad about - because we need a spark of Ruskinian radicalism now more than ever before.

Subscribe to this blog on email; send me a message with the word blogsubscribe to dcboyle@gmail.com. When you want to stop, you can email me the word unsubscribe
Posted by David Boyle at 10:16