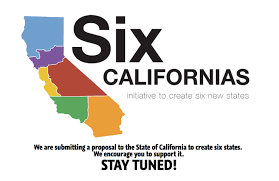 Leoopld Kohr was an economist who was an immigrant to this country (he died in Gloucester). He once shared offices with Ernest Hemingway, Andre Malreux and George Orwell. But it is for his influence on Fritz Schumacher that he is best known today, and for his little book The Breakdown of Nations.

He believed nations should be smaller and I agree with him. I have no doubt that, as Freddie Heineken used to say, Europe would be more civilised, more effective, more imaginative and more humane, if it was made up of 50 separate states than with its present handful of shoulder-pad jostling mega-nations.

That doesn’t make me a Scottish nationalist, or a nationalist of any kind – quite the reverse, in fact. It makes me a Liberal who is at least interested in the contradictory idea of Scottish independence, as if ‘independence’ was at all possible in this day and age.

It also meant that I read the proposal by the billionaire Tim Draper that California should be broken down into six different states with a great deal of sympathy..

I am one of those who cheered when the Liberals took control of Tower Hamlets in 1986, and after a wild meeting of the full council that lasted into the early hours of the morning – probably a mistake when it came to building alliances for the future – the council was split into seven self-governing neighbourhoods,

As a principle of administration, it makes sense. Smaller units are more able to tackle the issues that face them – you have to be General Montgomery to co-ordinate government the size it is these days, and most people are not (therefore nothing happens).. Smaller units are more humane, more difficult to defraud, easier to make a difference, more flexible for frontline staff, and less expensive to administer.

For all these reasons, smaller administrative units are more effective.  There may be exceptions - social services was the legal exception in Tower Hamlets - but small is generally speaking beautiful.

But none of this is really about national boundaries. If there are supranational bodies like the European Union, which allow borders to be porous - as they will always be for Liberals - then these painful divisions are easier to negotiate.

I'm not clear what difference Scottish independence would make now - it isn't as if the Scots play any role in managing the currency even now.  Either way, the objective has to be porous borders, communication, two-way travel and good business - and the fact that it is one nation, or one state, or one local authority, rather than another, is neither hear nor there.

There are issues of co-ordination when you devolve power, but they are easier to manage than the issues of fractured demarcation lines when you don't.

These issues are critical to the future, and they at the heart of the very modern debate about the most effective size institutions ought to be. The UK establishment, public and private, is still wedded to the idea of economies of scale.  For all sorts of reasons, mostly self-interested, they believe everything should be big – schools, hospitals, banks.

That's why, if I was governor of California - which, heaven forfend - then I'd be n Tim Draper's side.  To make things happen, we need smaller units - and these days, we badly need to rediscover the lost art of making things happen.
Posted by David Boyle at 15:33

This post is regrettably daft, so daft that it sits in a long tradition of Liberal daftness, sometimes probably intentional.

Draper's initiative has nothing to do with «make things happen» and «smaller units» as such, but to redraw State boundaries along censuary lines, so that State taxes on high earners from rich areas like Silicon Valley are never spent to improve public services for low earners in poor areas in north and south California.

Draper's initiative is just a minor version of "going Galt", of turning Silicon Valley and related gated communities like Atherton into lite versions of Galt's Gulch.

Only of course to reverse it if ever the rich enclaves have a downturn and need to be bailed out by the rest of California.

The «real issue» is for the masters to live in lightly taxed enclaves in the "sunny uplands", and for the serfs to live in the high taxed swamps below; to pretend there are high-minded ideals behind the initiative is at best foolish.

California is too large, but Draper's actual initiative unfortunately seems mostly like an exercise in the American tradition of gerrymandering, both for the economic reasons cited about, and the political reason of carving some mid sized Republican states from a large democratic state.

A more politically neutral but similar proposal would be a five state division into three coastal blue and two inland red red states. The three blue states would be Los Angeles County, the San Francisco-Oakland area and the coast to the north, a third coastal state running from Ventura to San Jose, the interior of northern California, and the interior of Southern California (ex LA).