The real meaning of bucolic names 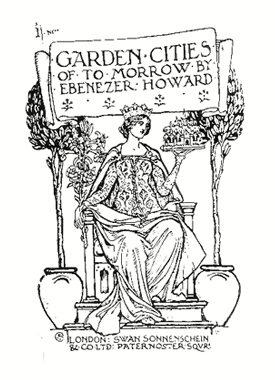 You can't beat a good old-fashioned bucolic name. If the new NHS chief Simon Stevens had said he wanted a new generation of 'Intermediate Treatment Centres', everyone would have been immediately suspicious that this was some kind of sleight of hand. As it was, a new generation of 'cottage hospitals' went down very well.

In the same way, if Nick Clegg had urged the establishment to designate a new generation of new towns, the world would have come down on his head. But three quarters of the population say they back ‘garden cities’.

Garden cities in particular were a model put forward to relieve the population pressure on London, which were designed by Ebenezer Howard to decentralise the population to a new settlement, where the land was held in common, built to a high environmental standard.

They are not 'garden suburbs', the alternative put forward in the Edwardian period.  Those are just design-led enclaves for the very rich, and do not prevent the elephantiasis of London or any other city.

So when Sir Michael Lyons reports to the Labour Party that it is time to expand the cities, he will find himself – it seems to me – on the same side the Labour Party has always been on, and it's the wrong side.

The problem with an enormous expansion in the city populations is that, without any other measures, it will mean London, which is already growing far too fast, with the most intense pressures falling - as they always fall - on the poorest.

Rapidly expanding cities has always meant impoverishment for the poorest, living in the hutches designated for the poorest on the outskirts of the cities.

It is true that Lyons looks set to propose other means of land assembly. Let's be fair to the Labour Party, back to Attlee; they have always sought out more innovative solutions to he problem. They also backed the new towns programme from 1946 onwards. But despite all that, the hutches for the poor proliferated no less exuberantly under Labour than they did under Churchill, Eden and Macmillan (especially perhaps Macmillan who was responsible for the worst excesses).

There is, or perhaps there ought to be, a clear distinction now between the different parties and their approaches to housing a growing population.


There is the Conservative Party, dedicated to winding up planning controls so that developers can build, but also to removing legislation which forces them to include social housing in the mix.

There is the Labour Party, if they back Lyons, where they always were: dedicated to increasing he size of cities.  There is something about the Labour mind which enjoys the sight of a vast urban population, fitting into their little flats, as far as the eye can see.  It is the old puritanism emerging.

And there is the Liberal Democrats, back where the Edwardian Liberals were, dedicated to a new generation of garden cities, but without articulating the innovative baggage that needs to go with that – that people must have a stake in the land, where the rise in land values can provide the necessary infarstructure - and not just at the beginning - and where there is potentially a thriving local economy.

This seems to me to be the only potential way out of poverty.
Posted by David Boyle at 09:55

I re-migrated to Palm Beach after living in Tuscany for five years; I naturally missed the scenery of the Tuscan Hills, the picturesque beauty and old world feel. My sister recommended Authentic Provence and mentioned their European garden antiques and unique French and Italian Décor that added that touch of elegance to her estate. I hastily visited their showroom and The Secret Garden, an outdoor showroom and was in awe of all the authentic garden antiques, European planters, Antique Garden Fountains, Outdoor Furniture, Wellheads and Gazebos that Authentic Provence had to offer, it was definitely life changing for me, as these finds are so rare in the US. Now when I have that longing for my Tuscan life I simply venture into my garden and I’m immediately transported to Tuscany. Visit them at www.authenticprovence.com and be inspired by a world that is exquisitely divine.