A tale of fundamentalism in economics 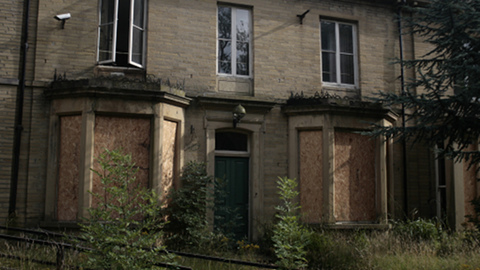 My unscripted, if not wholly impromptu, event at Hay on the plight of the middle classes has been bizarrely well reported, if not entirely accurately.

The Telegraph has even written a leader about it.

I believe that those newspapers which reported it were relying on the notes made by one journalist and, inevitably, they didn’t get everything right.

The trouble is that badly articulated answers to questions (badly articulated by me, that is) have been fed through the prism of a number of different reports - until the final version can sometimes be wholly incoherent.

Then the incoherent version goes and rattles the cage where they keep the Adam Smith Institute.

Seeing my link to their great foes at the New Economics Foundation, their bloggers have moved into action and produced this denunciation.

It is based on the idea that I suggested that house prices should be pegged.  Actually, I said no such thing.  What I did say was that there is a disagreement about the many reasons why house prices rise. The true believers at the Adam Smith Institute seem to believe it is primarily because there are not enough homes.

And of course it is, partly.  But I don't see how – with investors pouring in from the Far East - there will ever be enough homes to bring down the prices. The main reason we get house price bubbles is that too much money is pouring into the property market – especially in London where the bonuses are paid and the mortgage terms are lengthening to make borrowing less expensive.

If there is any way to ratchet house prices down, we are going to have to control how much money is going into the property market – as we used to, with varying degrees of effectiveness, until 1980.

Far from suggesting that new homes should keep the same prices, I was actually talking about social housing.

I believe in home ownership, and for everybody, not just for the wealthy - and increasingly it will only be the rich who can afford it. I don't see why the rich should own and the poor should rent. I was proposing that new social housing should be given away not rented, and you might have imagined that the Adam Smith Institute might feel the same way about that.    Apparently not.

What I was suggesting, in a very outline way, was that it might be more cost-effective to build social housing and then to give it away at a nominal sum – and that nominal sum would be in return for a very long lease that could only be exchanged at the same price.

Would that also have the effect of putting a downward pressure on prices?  Would it cost as much as some of the regeneration efforts of the Blair government?  Would it be more effective?  I don't know.  What I do know is that we will destroy the middle classes if we allow house prices to rise in the next 30 years like they did in the last - and it isn't clear what will stop them from doing so.

The real problem is that, as the Adam Smith Institute blog said, prices are information.  They certainly are, but they are clues rather than the definitive truth.  They require interpretation.  They are not obvious  and unvarnished.  They are not holy writ to be bowed down and worshipped.

The problem with the Adam Smith Institute is that they appear to be committed to a kind of fundamentalism as virulent as religious fundamentalism, and based on the same mistake - that truth is revealed simply and that interpretation must be stamped out.  Hence their economic lunacy jibe at me.

I believe in free and open markets, because they underpin other freedoms - but those freedoms are shrinking for us because the worship of prices as divine revelation is undermining the practical and intellectual case for freedom.  Price fundamentalists are their own worst enemies.

More on the house prices issue in my book Broke: How to Survive the Middle Class Crisis.

But it's obvious why that has to be the case: because if they own property, then they aren't poor.

This is like saying 'I don't see why the rich should have lots of money and the poor should have no money.' You've got it backwards.

I don't agree. Small-scale land or home ownership is not the preserve of the rich in many other countries.

Well, obviously, in the interests of brevity I omitted the qualification that it is 'if they own property somewhere where the demand for property outstrips supply, then they aren't poor'.

There are many other countries, and bits of this country, where demand for property does not outstrip supply. Owning a house in Hull will not make you rich; but then, in those areas, your complain is not true (in areas where nobody wants to live, the poor do own).

But if more people want to live somethere than there is room for, then property in that area is a valuable asset. If you own a valuable asset, you are pretty much by definition rich (albeit quite possibly not in a way which gives you any liquidity, if for some reason you can't realise the asset: perhaps you need to live in London for your job).

I am sure I am missing something here. If a significant problem is foreign property speculators (which I suspect is very much central London only) then surely the answer is stamp this out with targeted taxation. What's so hard?

Why do we need wide-ranging solutions to specific problems?

The property market outside of London is not in such bad shape. Ask David's young niece, who is buying a flat on her own right now, or the young guy I work with and his girlfriend, on fairly low salaries, buying their first house - and nice it is too. I do not see housing being any more out of reach for first time buyers in Hampshire than it was in the '80s.

Where the market is poorest value, .ie. most inflated, is in the sort of houses all aspiring middle class families want. And that is after 10 years of new Labour trying to prevent these sorts of houses being built, in favour of low-cost homes.

If market forces had been allowed to act more freely, this might not be the case.