Something changes about Remembrance Day 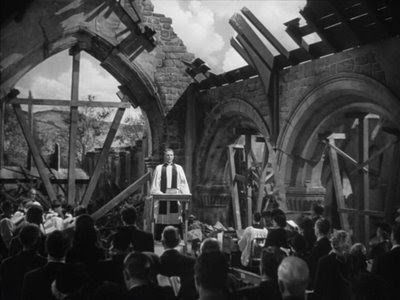 I listened to the Remembrance Day ritual in Whitehall while I was painting my hallway this morning, and it reminded how different these occasions are these days from when I was growing up.  In the 1970s, the overwhelming sentiment seemed to be that it should "never happen again".  Now hardly anyone seems to say that.

I suppose this is because it is in some ways happening.  Our forces are in almost constant action abroad.  The sentiment now seems to be unselfishness, rather as it was in the 1920s.  A strange shift.

But there is another shift going on too, and I believe it is about the decline of the middle classes, and I wrote this (or a version of this), for my book Broke: Who Killed the Middle Classes?.  I wrote it, in fact, after the Remembrance Day service in Nether Wallop in Hampshire in 2012:

‘I hope you will bear with me, but I am also the organist as well as the preacher and the celebrant, so there will be a number of pauses in the service while I am making my way to and from the organ,’ says the man in a suit up by the altar. ‘I hope you understand.’

I am at the back of the church looking at the straight backs of all the military men in the congregation, in this whitewashed Saxon church. They have filed past me into the pews already, with their poppies or medals or occasionally both, their women in subdued dark blue coats. Even those not in uniform, and obviously from the local army base, are in subdued dark blue suits.

But the celebrant’s little speech at the beginning obscures something rather important. It all feels so ordinary that you hardly notice it, but the vicar is missing (this is a group parish). The choir is no more. There is no procession with a cross at the beginning of the service. The same man must do almost everything except juggle.

Outside, the November sunshine dries the damp in clouds of steam from the thatched roofs. Inside, we hear one of the major generals reading a list of names from the village killed in the First World War. It is a small village, but a long list, and it is relatively easy to guess which class the names hailed from.

‘Is everyone sad?’ my little boy next to me asks.

Then the hymn starts up. It is ‘O God our help in ages past’.

For a moment, I suddenly get a flash of the closing scenes of the 1942 film Mrs Miniver (see picture above). One of the themes of this Greer Garson film was the corrosion of snobbery in the face of war, but it is the last scene I am thinking of. The congregation are in church, battered and bruised, and they sing a rousing English hymn (actually ‘Onward Christian Soldiers’). Then the camera pans out and you see the church has been bombed and has no roof.

This church still has its roof, the product, no doubt, of decades of raffles and village fetes. The church is cared for and comfortable. It isn’t like the bare and abandoned medieval churches you find in France. But there is something of the same sense of embattled yet unacknowledged decay that ended Mrs Miniver.

It occurs to me that these middle classes, with their commitment and their service, are going to have to learn something from the words of the final hymn. There is a time to cease from mental fight. Maybe even a time to let the sword sleep in the hand. But this isn’t one of them.

Theda Skocpol and others studying political development have suggested that large-army wars (think WW II) raise the value of the fighting classes. Citizenry takes on extra meaning when survival of all is at stake. In peace (or with high-tech wars?) citizenry is devalued (think: Bush's "go shopping" remarks.) Divisions between wealthy and the rest rebound. And.... capitalism might raise all ships, but also a pyramid scheme.