The most important question in economics now 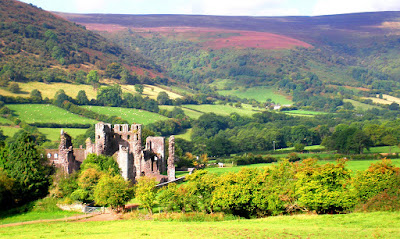 I've just been to Wales to the beautiful, and more than slightly damp, valley which stretches between Abergavenny and Hay-on-Wye. I've written about what I concluded about agricultural subsidies in a blog on the Radix website.

But one thing stood out for me since and I wanted to set it out here.

I have been closely involved in the RSA's Inclusive Growth Commission, and in the inclusive growth debate which has followed, but I believe that one linked question is now the most urgent and important question in economics.

You wouldn't think that from the timidity of so many economists, but that need not stop us asking it - and asking it even if there is no immediate prospect of an answer.

It is this. How can we re-grow a local economy when it has been corroded or monopolised? How do you replace money flows when they have disappeared?

That is such a vital question that it maybe no exaggeration that the peace of the world, long-term, now hangs on somebody finding an answer.

It will certainly involve enterprise and free trade - though not the kind of literal, fundamentalist interpretation of that doctrine that diversity is driven out.

It will involve self-imposed determination to buy and sell locally where possible and to take part in the regeneration of local life.

It will involve the adaptation of local energy and local food and building the infrastructure to support it.

It will involve government support to tackle the monopolies and to organise the euthanasia of the rentiers, to coin a phrase.

It may also involve the kind of anchor institutions that the valley once had in the form of Llanthony Priory.

But is that enough? And who is going to try wholeheartedly to do it?

Subscribe to this blog on email; send me a message with the word blogsubscribe to dcboyle@gmail.com. When you want to stop, you can email me the word unsubscribe.
Posted by David Boyle at 18:40