Taking children out of school and the death of Fabianism 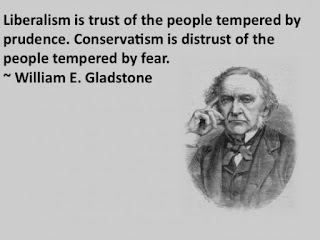 I just posted this on the Radix website, but it applies here too...

No, Fabianism isn’t dead yet – but the flurry of debate about parents taking their children out of school does seem to mark a moment in the story of the great decline. When judges in the Supreme Court develop their own brand of Fabianism, and give parents no discretion at all, you know the end can’t be far away.

I am defining the branch of Leftist thinking here, developed by Beatrice and Sidney Webb – with a little help from George Bernard Shaw and H. G. Wells – as a gradual approach to social change, leaving the economic structures intact and mediated by a new cadre of professionals and technocrats who would ‘know best’.

It might be possible also to see the new dispensation, including Trump, Brexit and Le Pen, as reactions against Fabian technocracy. In fact, Le Pen pere even said so at one stage, describing his Front Nationale as the only anti-technocratic party in Europe.

This is an approach that would regard the ‘spirit of ’45’ as partly to blame for its own demise. This is controversial territory.

You can see the divide on the left in their attitudes to the schools judgement: backing the local authorities which want to fine parents for any absences from the classroom. On the one side, you have the Fabian line – that children must attend school and there must be protection for them against the whims of feckless parents (broadly the social democrat approach). On the other side, there is also an attitude that parents probably know best what is good for their children and require a little flexibility (broadly the liberal approach).

None of this, by itself, suggests that Fabianism is in decline. What it suggests is that the inflexibility built into the system – because professionals have deemed something to be correct – is not an attitude that can survive if we want to beat the ideas of Trump and Putin. It is no coincidence that the two great Edwardian doctrines, Fabianism and Taylorism (the ‘one best way’) back inflexibility. It smacks of the age of the assembly line and economies of scale. The period we appear to be moving into is sceptical about economies of scale, aware that we have been blind for too long to the diseconomies of scale. The new age backs flexibility because it is more human, and – in the end – less expensive.

It is also sceptical that classrooms are always and every day the right place to be – and that we should maximise children’s time in them. The emerging age is also horribly aware that they are too often extraordinarily dull.


See my new book Ronald Laing:The rise and fall and rise of a revolutionary psychiatrist. Get ahead of the Mad to be Normal film when it comes out!