Why don't they believe in competition any more? 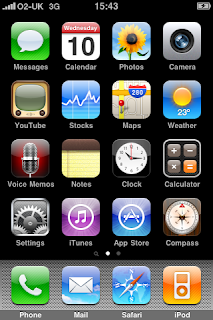 Some years ago, I was commissioned to write an article about the future of food by the Environment Agency, since I had written a series of these fictional glimpses before. For some reason, that I now forget, I chose a future based on a kind of Lion-Witch-Wardrobe kind of world, where there was only one company that sold us everything. I called it TescoVirgin plc.

This turned out to be too controversial for my employers. It was naive of me to think otherwise, but I had enjoyed writing it.

I think of that article, which has been published in my short ebook The Age to Come, every few weeks now as the future I envisaged, that aspect of it anyway, seems to creep closer and closer.

My experience moving house 18 months ago, when I was unable to switch any of my services – not phone, nor electricity nor gas and certainly not internet – without infuriating problems, convinced me that the market had become seriously overconsolidated.

I thought of it again this morning listening to the head of Ofgen on the Today programme, saying much the same thing, but calling in aid the failure to cut energy prices not the appalling customer service.

In fact, it must be partly the fault of regulators that so many public services have built their customer service systems around a model that copes brilliantly with absolute normality, but for some peculiar reason can’t cope with small anomalies – like moving house.

What is most peculiar about the whole issue is that these are often privatised utilities, privatised because competition seemed to provide a better deal for customers – as it does – yet now consolidated so much that competition seems impossible.

The best example of this isn’t the electricity market, which is dominated by a handful of deaf, exhausting brontosauri without human emotion. It is the mobile phone market, especially now that the merger between EE and BT has cleared its regulatory hurdles.

That gives BT about a third of the mobile market, when the Office of Fair Trading believes that market distortion begins to creep in when a company builds up a share of over 8 per cent

Now we have the next merger before regulators in Europe, with 3 wanting to merge with O2.

The real question is why the market fundamentalists don’t believe in competition? Or perhaps more accurately, why they don’t think – despite a few centuries of evidence – that monopolies and oligopolies don’t fleece and patronise their customers.

The answer, as I’ve argued before, lies with Milton Friedman who taught that monopolies are not a serious problem. Because the Liberal voice has been muted in government circles, and – when it hasn’t been muted – it has forgotten the central pillar of Liberal economic thought: that monopoly is a kind of slavery. And a profit-making monopoly is an all-powerful beast, dedicated to its own survival.