A recipe for old-fashioned economics 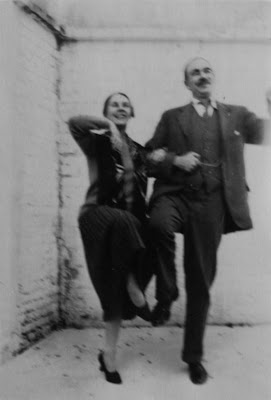 The trouble with standing for election is that it gives you the potentially disturbing opportunity to see yourself as others see you.  You fail to get elected, and suddenly you are puzzling out obsessively what it is about you that sort of failed to enthuse people.

All of which is a way of saying that I'm out of sorts at the moment, having failed to get elected to the Lib Dem federal policy committee for the second time in two years.  But, hey, my electorate have spoken...

Of course there are compensations.  I won't have to crawl up to London and back again at dead of night.  I won't have to sit through interminable debates about the Health and Social Care Act, or constitutional reform as understood around 1956.  But I'm sorry, nonetheless.

I imagine that not nearly enough people want a member of the policy committee who is really pretty loyal to the current leadership.  I'm not on anyone's lists - both the Orange Book people and the Social Liberal Forum furrow their brows when I speak.  Perhaps I should be pleased to have won as many votes as I did (thank you, everyone!).

But one thing does worry me.  I stood on a promise to take the party's economic policy by the scruff of its neck and to make it work for people.  I might not have succeeded in this, but I was determined to try - because it worries me that even self-described radical Liberals seem to have almost no interest in economics at all.

The result is that Lib Dems tend to get rolled over when it comes to economics.  This is not a critique of austerity, but it is a criticism of our failure to think creatively about what else might be possible.

And when you don't think radically about economics - when you can't see the point, I'll tell you what happens.  You become deeply conservative on the subject.

So, an obscure debate took place in the Commons last Thursday, about the way money is created.  It was the first time Parliament has debated this very important issue for well over a century, and there was a great deal to be said about the underlying causes of the 2008 crash.

You don't have to agree the entirely line by Positive Money, the campaign group around these issues, or to have agreed with everyone who spoke - and many of them disagreed with each other - to find these issues pretty important for the future design of our money system.  Both Adair Turner and Martin Wolf have been talking about this issue in the last few months.

I'm not even sure what I think myself - but it is a healthy departure to have MPs discussing the possibility of varying how much publicly-created, interest-free money there is in circulation (a good deal less now than when I was born).

But here's the point.  The debate was sponsored by MPs from four parties but no Lib Dems.  As many as 30 MPs took part, including a very distinguished former cabinet minister, and - you guessed it - no Lib Dems.

I think we urgently need to take what Keynes said to heart (as a good Liberal):

“Practical men who believe themselves to be quite exempt from any intellectual influence, are usually the slaves of some defunct economist."

That's what happens when you stop thinking about it.  The defunct economist in all of us, the default common sense of a few generations back, comes to the fore.

Sorry to hear you didn't get elected. I'm quite a fan of your blog. However, there are plenty of conspiracy theories that centre around monetary policy and they use Positive Money's unnecessarily complicated language to further their cause.

Private banks cannot create money. Those that say they can are using a different definition to money that most people would use.

Central banks can create money and I believe mostly they shouldn't and too often when they do they direct it at the wrong causes.

However, I agree that not enough people in the party speak about economics. I became disillusioned after seeing a lot of economic liberals largely stay quiet about heavy state intervention into the currency.

Could be worse - you weren't standing in Rochester.

It's a real shame you didn't get elected. FPC will be the worse for your absence.

David - I too am baffled why it is that Lib Dems have no interest in economics with very few exceptions - and those mainly on the libertarian extreme.

While some individuals will have good reasons not to be interested in economics the party as a whole doesn't. The conclusion I have reluctantly come to is that it isn't a proper political party so much as a campaign group for a rag bag of politically correct causes of the left grafted on top of a collective of residents' associations. In opposition people could project their hopes onto it, in office they can't and the polls reveal the resulting disillusionment.

I'm sorry you didn't make it onto the FPC but maybe it's for the best if no-one is interested it would just waste your time.

Hi David, if I'd have had a vote you would have had it. Don't give up! Anna

Thank you, everyone. My fault for not trying hard enough - but Mark is on, which means good sense will be talked!