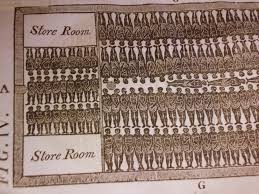 As I write, I'm sitting opposite a brilliant young textiles artist called Honami.  She's been in the UK from Japan studying, and I spent yesterday evening taking up cudgels on her behalf against Virgin Media - which has hit her with a bill for £150 for ending her internet contract a few months early.

Now, this isn't an argument about whether or not Virgin has the right to enforce the terms of their voluminous contract.  In fact, their manager explained to me that they actually have the right to charge the full £227 which they would have earned from the rest of the period, but they kindly refrain from doing so.

I'm not claiming that they have gone beyond their rights.  I'm saying that it is a pity that foreign students come here, paying huge fees to the government to help with the UK's struggling balance of payments, only to fall into the clutches of what you might call the digital tax collectors.

Like so many other foreign students arriving to study in London, she didn't realise you don't have to sign an 18-month communications contract allowing them to extract £32 a month for a bundle of benefits, just to get an internet connection.

But let's be fair to Virgin Media.  They answered the phone after only about five minutes.  They didn't cut me off inexplicably and they allowed me to talk to a friendly 'resolution manager'.

The trouble is, he failed to do any resolving.  He said that she should have consulted the students union before signing their contract if she didn't understand it.

This is the philosophy of 'buyer beware', and it is self-evidently true.  But there is a moral problem here: we all have to sign obscure contracts the whole time, with a click of the button online, just to operate in the world.  It is all very well for the digital tax collectors to say we signed the contract in good faith - when a fifth of the UK have difficulty with the instructions on a bottle of aspirin.  What other options do people have?

It is a useful fiction for them.  It is also a kind of tyranny whereby they can impose what rules they like on citizens, who have no redress except withdrawal from the world.

And like the bankers who earn such stratospheric salaries even if they are sacked, the rules the digital tax collectors impose allow them to do business virtually risk free.

The resolution manager explained to me that the first five months of this contract made them no profit.  That implies that the next six months provided them with a profit, and I wish they were satisfied with that - as I am when my clients end a relationship with me, when they want to.

Why should any business deserve a risk-free relationship?  Especially the digital tax collectors who rake in such huge fees from our need to get online or to communicate.  Who smile when we sign the small print which allows us an adult life.

When people make a risk-free profit, it is an abusive relationship.  It is the very opposite of free trade in its original, Liberal sense.

Personally, I am pretty wary of Virgin.  They are a private company, registered in the Caribbean, and they don't even own most of the companies that bear their name - they simply licence the brand to businesses like Virgin Media (Branson owns just 15 per cent of Virgin Media).  They are a vast great network of interlocking enterprises with little at the heart except a database.  More about this in my book Eminent Corporations.

I do occasionally have to travel by Virgin Trains, but I hold my nose - mainly because of the bizarre smell from the lavatories.

But, hey, I might be wrong.  There may be something human at the heart of Virgin.  They could get back to me even now and do something about the punitive, unearned charge slapped on my Japanese friend, and I will eat my words, publicly and with relish.
Posted by David Boyle at 12:18