How to pay if it doesn't stop raining 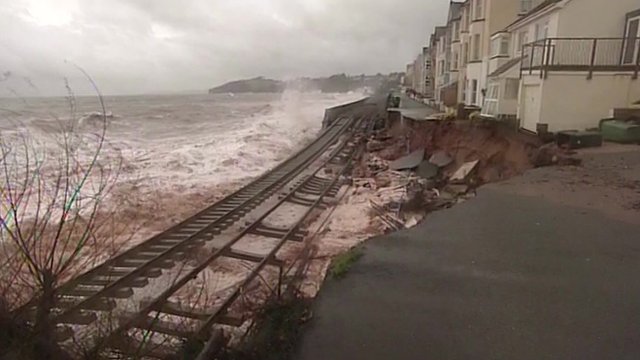 John Maynard Keynes was not well at the outbreak of war in 1939 but desperate to help with the war effort.

He gathered around him a group of friends who had been involved in Whitehall during the First World War – including Sir William Beveridge, who had been in the Ministries of Munitions and Food – and they met once a week at his home in Gordon Square to discuss financial aspects of the war. Keynes called them the ‘Old Dogs’.

He set out his ideas on paying for the war to the Marshall Society in Cambridge, and he turned his lecture notes into two articles called ‘Paying for the War’.  A peculiar leak meant that they actually appeared for the first time in a German newspaper, the Frankfurter Allgemeine Zeitung of 7 November – an extraordinary mistake given how important it would be for the war effort.

The Times didn’t get round to publishing them until 14 and 15 November. The result was a blueprint for keeping inflation down during wartime.

The key problem which Keynes was addressing was not just how the war could be paid for, in the conventional sense – but how all that money cascading through the economy could be persuaded not to raise prices.

Every other war in history had caused rampant inflation. The fact that the UK did not inflate during the Second World War was down to Keynes.  More on this in my book The Tyranny of Numbers.

I mention this now, not because we can copy him exactly, but because we are confronted with a similar economic problem. And every time I look at the sad, sunken villages of the Somerset Levels, I wonder about it.

It is this.  How do we pay for civilised life in an era of climate change?

Assuming the climate scientists are right, then the kind of incessant storms and torrential rain we have had now since before Christmas may be semi-permanent, at least at this time of year.

If that is the case, it has to turn our economic assumptions on their heads. The most cost-effective infrastructure we have now, built to withstand the minimum of storm damage or high winds, means that energy and transport infrastructure will not withstand it.

Those cracked sea walls and dangling main lines will be familiar – not to mention the swamped villages and towns. London is in the firing line in a couple of days time, when an unprecedented tide meets an unprecedented river flow. The city may survive unscathed, the tube still dry, this time – but every time?

The UK establishment is quite oblivious of this kind of shift.  They are well able to carry on fiddling away with minor tweaks when Rome is well alight – that has always been the official English way.  Goering is opening the village fete, but at least the PSBR is on track, or - as Keynes put it in 1933 - "we are capable of shutting off the sun and the stars because they pay no dividend".

So what kind of shifts will be needed to deal with the new weather if it carries on? I can think of three things:

1. A much more efficient way of creating money. This was Keynes' problem: how can you spend money right up to the point when it would cause inflation, but not beyond? We need to re-visit this thinking. It may be changes in the way it is spent, or the places it is spent, but we will need to create a great deal more money to insulate our infrastructure and homes against the wild climate. Do we do it in a different parallel currency? Do we create the money free of interest, via the Bank of England, and then pay it back and delete it? I don’t know. What I do know is that the current system – creating our money in the form of mortgages whenever it is profitable to do so – is medieval in comparison with what we need.

2. A much more energetic, interlinked system of mutual support. Again the Second World War is a potential model – and those local institutions survived to play a major role rescuing people from the disastrous floods of 1953, as an article I wrote about Ken Worpole showed last year.

3. Much more resilient energy distribution systems, which do not rely on leakages from the national grid. I don’r mean that we need to abandon the grid – but we do need to know that we every community, every building, can produce its own power and manage its own water if the worst happens.

Three shifts, but they borrow from wartime in the energy required to achieve them.  Yet every time I look at pictures of the ruins of the sea wall and main line in Dawlish, I realise that we need to work out how to make them now.

Subscribe to this blog on email; send me a message with the word subscribe to dcboyle@gmail.com. When you want to stop, you can email me the word unsubscribe.
Posted by David Boyle at 09:11