Where Osborne is right - and where he 's horribly wrong 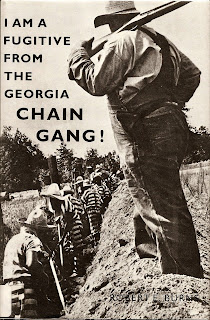 I warmed a little to George Osborne last year when I found myself in the same theatre, watching the musical of Swallows and Amazons.  But I must admit, spending my breakfast listening to him this morning was a threat to my digestion - as the emotions veer between irritation and frustration and back again.

There are two of his propositions which I believe are fundamentally right.  That you should ask people to give something back in return for their benefits, and that you should not let people moulder their lives away on the dole - or its Labour equivalent, incapacity benefit.

The right to lead a useful life is an unacknowledged human right, but an important one, and paying people on the strict condition that they do nothing is a an equally unacknowledged horror.

But there are two big problems with the welfare announcement today, and they are both about the effectiveness or otherwise of public institutions.

The first is that, if we are really talking about a new effective system to help people into jobs, then the emphasis wouldn't be on the sanctions for people who refuse.

There do need to be sanctions, but - let's face it - this is the angle that the Conservatives appear to want to emphasise on the first day of their conference, as they look nervously over their right shoulder at UKIP.

The second is that the institutions of welfare have been hollowed out over a generation, as I described in my book The Human Element.  They are now one-dimensional, punitive, slightly brutal and wholly ineffective.  Using them to drive a transformation in the lives of long-term jobless people is like swerving out onto the fast lane in your lawnmower

The reality of the hopeless institutions that Job Centres have become are in Harriet Sergeant's book Among the Hoods, where she describes their complete failure to help the Brixton gang members she befriended.  It made her furious.

Oddly enough, I recently came across someone who had worked in the Brixton Job Centre in the 1980s.  She managed to draw some satisfaction from the job by focussing on a few individuals she could help and battling the system until she found them a job.

This kind of humane, transformative behaviour is that much more difficult in our institutions after 13 years of New Labour 'reforms'.  They will be completely impossible under the dysfunctional delivery system planned for what would otherwise be a transformative idea, the universal benefit..

No, let's imagine for a moment what kind of institution might turn Osbrne's announcement into something genuinely transformative:


That kind of system would be more expensive to run, but then it might also have some impact - if that is genuinely what Osborne wants, rather than just headlines.  But, otherwise, what's the point?