GM and the right to save your own seeds 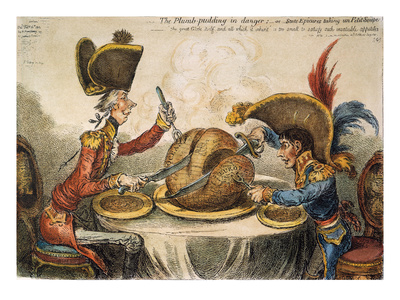 I published a short ebook last year as a radical history of the allotments movement, and quoted the following letter to Country Life written at the height of the first Dig for Victory campaign in September 1917:

“The assumption on which a national policy of agriculture is based seems to be that the food supply of the country depends chiefly on the large cultivators. One is not prepared to say that there is no truth in this. The five-hundred acre farm must yield a greater absolute percentage of the food supply than the little plots. Still, that is not all the truth... Some remarkable instances can be given to show how this works out practically. For example, a man who had cultivated forty rods of land, when he set about it was able to produce as much from twenty rods as he had done from forty rods.”

I remembered this yesterday as my Twitter feed came alive with rage about the GM non-debate.  In fact, the peculiar corner of Twitter which steams its way into my mobile phone was alive all yesterday with complaints about the BBC's handling of the story about GM crops.

Environment minister Owen Paterson has ignored the coalition agreement to give his enthusiastic backing to them, and - although I didn't hear the Today interview - the BBC seems to have displayed its not terribly rare ignorance of the issues.

I am not enough of a scientist to know whether the safety issues are real.  That isn't the point.  The real question is the monopoly power that GM crops gives to a handful of global megacorps carving up the world's food production between them (see picture of Monsanto and Bayer above) - and the income they extract from it, and from the poorest subsistence farmers every time they plant seeds which they used to be allowed to save until the following year.

"GM... is the cuckoo in the nest.  It drives out and destroys the systems that international scientists agree we need to feed the world.  "We need farming that helps poorer African and Asian farmers produce food, not farming that helps Bayer, Syngenta and Monsanto produce profits,"

Here is the point I wanted to make.  There is another argument about how to feed a growing world population more effectively.  It is not to tax the poorest farmers in this way, and provide them with expensive biotech that may or may not increase yields, driving to consolidate farms and seek economies of scale.

The other approach, which has development experts on side, is to support small farmers - because, in the end, attention to detail by committed small farmers will produce food, in the right places, at the right prices.

The discovery that small farmers out-produce big farmers was set out in the 1970s by Amartya Sen, but it actually isn't a very new idea - as the letter to Country Life shows.  The great radical William Cobbett noticed it when he was defending Horton Heath in Dorset from enclosure, noting that poor people could make poor land productive:

“The cottagers produced from their little bits, in food, for themselves, and in things to be sold at market, more than any neighbouring farm of 200 acres.

He noted that ten farms of a hundred acres each could produce more than one farm of a thousand acres. But it was a varied and diverse productivity, compared to the handful of products grown by the big farms.  And there lies the source of the muddle.  Monsanto and those like them don't measure yield in the same way.

Nor are they actually breeding the best seeds for small farmers.  They are breeding for transportability, suitability for industrial production, while the small farmers - those who still hang onto the right to save their own seeds - breed for diversity and resilience.

That's why I am not on Paterson's side.  Feeding the world means putting the means of providing for themselves in the hands of as many of the poorest people as possible.  Undermining these support systems will really mean people dying of hunger, not making them dependent on the tender mercies of the big GM food corporates.

That's why GM food is a Liberal issue.  It isn't about feeding the poor. It's about monopoly and dependence.
Posted by David Boyle at 11:58

There is another aspect to the concerns about GM crops. In most of the countries like Canada, the USA, Argentina and Brazil there is a large degree of monoculture on huge land expanses. In Europe, arable crops are produced on far smaller holdings and generally in a diverse pattern of crops. Much more research is needed to establish how GM crops affect the ecology of Europe before we allow Monsanto and their ilk to achieve a stranglehold over seeds and hence production.

We are seeing the unintended consequences of importing timber where parasitic fungi and insects have devastated British trees.

Being a Lib Dem, I must say I mistrust Own Patterson's enthusiasm for connivance with the big agri businesses.